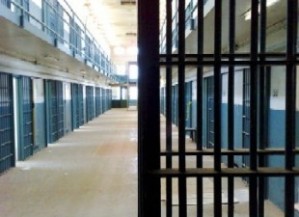 Goal: To demand Corrections Corporation of America, the largest for-profit prison company in the country, release information regarding sexual abuse in its facilities to its shareholders.

Corrections is unfortunately a highly profitable industry in the United States. In 2010, the two largest prison companies generated over $4 billion in profit, and their CEOs each earned at least $3 million. Despite their affluence, however, American prison companies seem incapable of preventing sexual assault in their facilities. The largest for-profit prison company in the US, Corrections Corporation of America (CCA), has recently come under pressure to reveal information about its efforts to reduce incidents of sexual assault.

A man by the name of Alex Friedmann served several years at a CCA prison in the 1990s. He is now a shareholder of CCA, and he is using his position to introduce a stockholder resolution. He is proposing that the CCA reveal information about sexual assault in its prisons to its shareholders. Although CCA is obligated to allow its shareholders to vote on this proposal, the company’s reluctance is clearly evident. They are reportedly including a lengthy defense alongside the resolution which includes the recommendation to vote against it.

The company claims to “take a zero tolerance approach to prisoner sexual abuse”. On the contrary, reports in the recent years would say otherwise. In 2011, the ACLU of Texas filed a lawsuit against CCA on behalf of three immigrant women who had made accusations of sexual assault at a CCA facility in Texas. In this case, the company had violated a policy which called for guards to be the same sex as the inmates. In a separate report in 2007, a CCA facility in New Mexico was found to have the highest levels of sexual assault of all prisons in the country. In yet another situation in 2009, the states of Hawaii and Kentucky withdrew hundreds of female inmates from a CCA facility in Kentucky due to charges of sexual abuse by the guards.

Considering these very recent incidents, it is odd that a company like CCA would pride itself on eliminating sexual abuse in its facilities. The state of sexual abuse in American prisons is dismal, and it is important for all information regarding sexual abuse in prisons to become more public. Sign this petition to tell Damon Hininger, President and CEO of Corrections Corporation of America, to reveal reports on sexual assault.