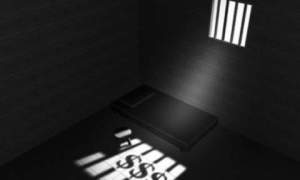 Oakland–In its recent assessment of Governor Brown’s realignment plan, Refocusing CDCR After the 2011 Realignment, California’s Legislative Analyst Office (LAO) suggested that the Legislature examine reducing prison expansion plans and closing prisons. The report also calls for a moratorium on building new prison hospital beds and points out the need to recalibrate rehabilitation programs to meet the needs of those remaining in state prisons. Californians United for a Responsible Budget (CURB), a statewide coalition working to reduce the number of prisons and the number of people in prisons and jails in California has been recommending many of the same changes for years.

“As CDCR shrinks the prison population through realignment, it is past time for the Legislature to begin dismantling the mess of sentencing laws and release policies that created this scandal-ridden, overcrowded prison system,” said Lisa Marie Alatorre, Campaign Director with Critical Resistance. “CDCR is mopping the floor but they haven’t fixed the holes in the roof. We need to further reduce the numbers of people going into prison and as importantly, reduce the time they spend in prison.” Californians United for a Responsible Budget has proposed 50 ways to reduce California’s prison population through sentencing and parole reform and re-entry support examples include expanding medical parole, utilizing compassionate release and developing a parole process for aging prisoners.

The LAO report also recommends that California follow the lead of more than a dozen states around the country by examining options to close prisons. “We praise the LAO for taking the first steps in raising the question of closing prisons in California. Real savings from population reduction won’t happen until we begin to shut down entire prisons and stop building new ones,” said Emily Harris, Statewide Coordinator of Californians United for a Responsible Budget.  “The LAO’s recommendation to reduce the size of AB900 prison construction bonds by billions of dollars is a step in the right direction, but we need the Legislator to go further and cancel AB900 bonds in their entirety.”

“We are excited by the LAO taking a stance toward the issue of prison closure. Savings won’t be seen until we shut down entire prisons by utilizing existing population reduction strategies such as the Alternative Custody Program for Women and improve community reentry services.” Said Sophia Sanchez, Campaign Director of Justice Now. “We agree with the LAO that the Alternative Custody Program ought to be expanded; first it must be implemented. Fewer than two dozen people have been released under the Program although thousands qualify. When thousands of qualifying people are released and overcrowding is addressed, Valley State Prison for Women should be on of the first prison closed, not converted, resulting in real cost savings.”

According to the LAO report, even with a reduced prisoner population, capacity to provide education programs to people in prison falls 50,000 slots short of need. There are 80,000 too few spaces for substance abuse programs – only 3,500 funded substance abuse beds in the entire CDCR — and over 40,000 too few of both education and employment programs for parolees. [see Refocusing CDCR After the 2011 Realignment, Figure 13].  “The LAO report confirms what Californians have known all along: we need fewer prisons, shorter sentences, fewer prisoners, and better education, healthcare, and job training for people inside,” said Debbie Reyes of California Prison Moratorium Project.