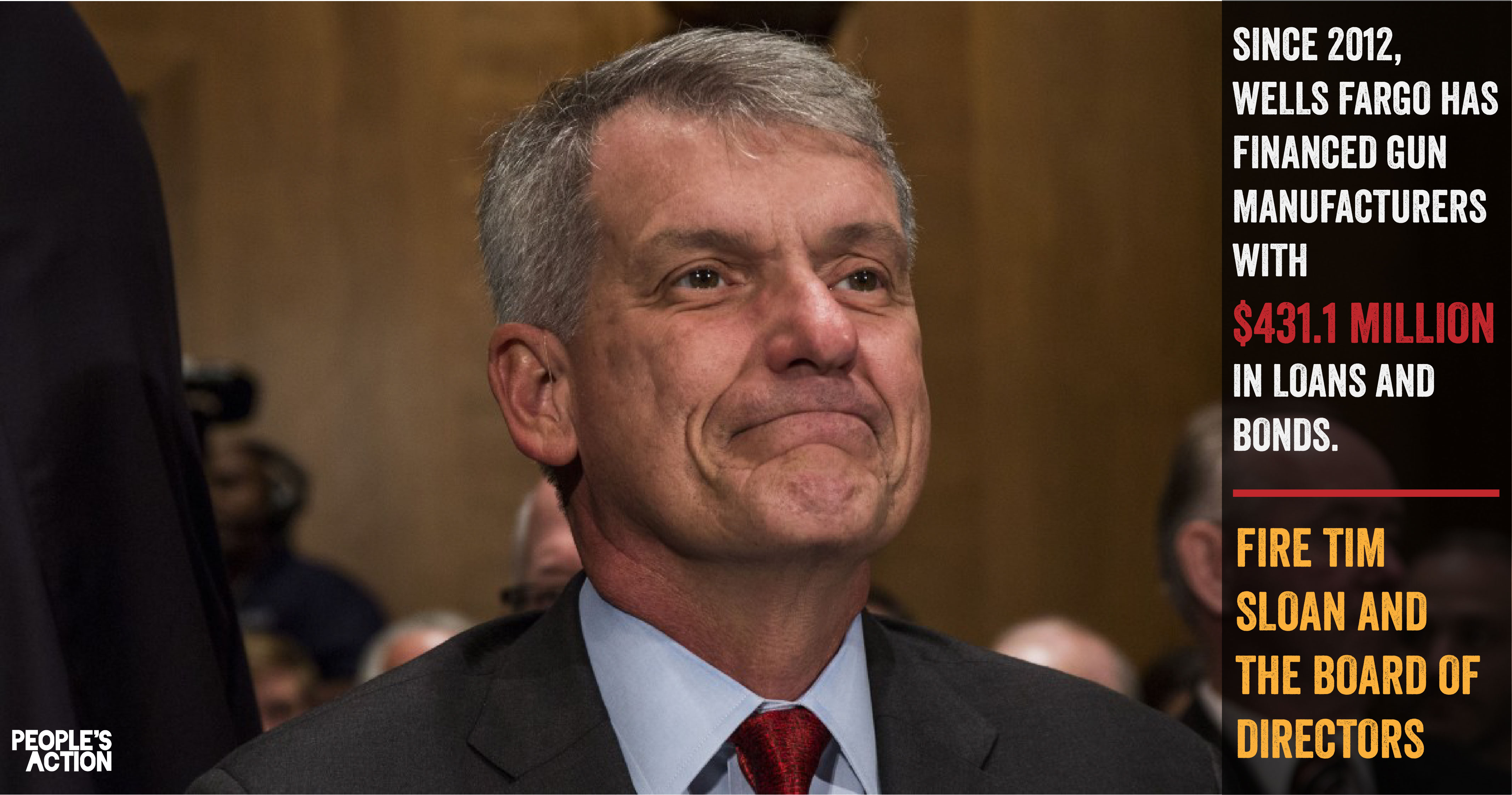 Wells Fargo is at the center of America’s worst consumer abuses. They need to divest from harmful industries, stop predatory and discriminatory lending, and start putting people and planet first.

Instead, Wells Fargo rigged the economy and put their executives and shareholders first. Poor, working class, and black and brown communities have no choice but to call for this slate of People’s Demands for Change at Wells Fargo.

Tell the Wells Fargo Board of Directors, CEO Tim Sloan and their shareholders to:

Fire the Board of Directors and CEO

The Wells Fargo board of directors and CEO have presided over an endless stream of scandals. Most recently, they opened 3.5 million accounts in customers’ names without telling them, got caught and then fired the workers. Wells Fargo and their shareholders are profiting from investments in private prisons, the Dakota Access pipeline and the oil industry, and gun makers. The bank engages in predatory lending, tax dodging, and endless consumer fraud scandals. It’s time for responsible governance and that means cleaning house at Wells Fargo.

Wells Fargo engages in risky practices because they think they are too big to fail. Since Glass-Steagall was repealed in 1999, the bank is mixing their risky investment practices with commercial bank practices. With a bank that is the third largest in the country, this has particular dire consequences. It’s time to break up Wells Fargo.

Wells Fargo should pay restitution to the victims of their abuses

Wells Fargo has devastated millions of lives. Wells owes restitution to the victims of their abuses, many of whom lost their homes and vehicles, had their credit ratings destroyed, and were forced into personal bankruptcy.

Wells Fargo should respect workers right to organize without retaliation

Workers have been fired and retaliated against for speaking up. Moving jobs overseas is company tactic that makes it harder for workers to speak out and build power. It’s time for Wells Fargo to do right by their employees and respect their right to organize.