Via The Intercept | By Aida Chavez 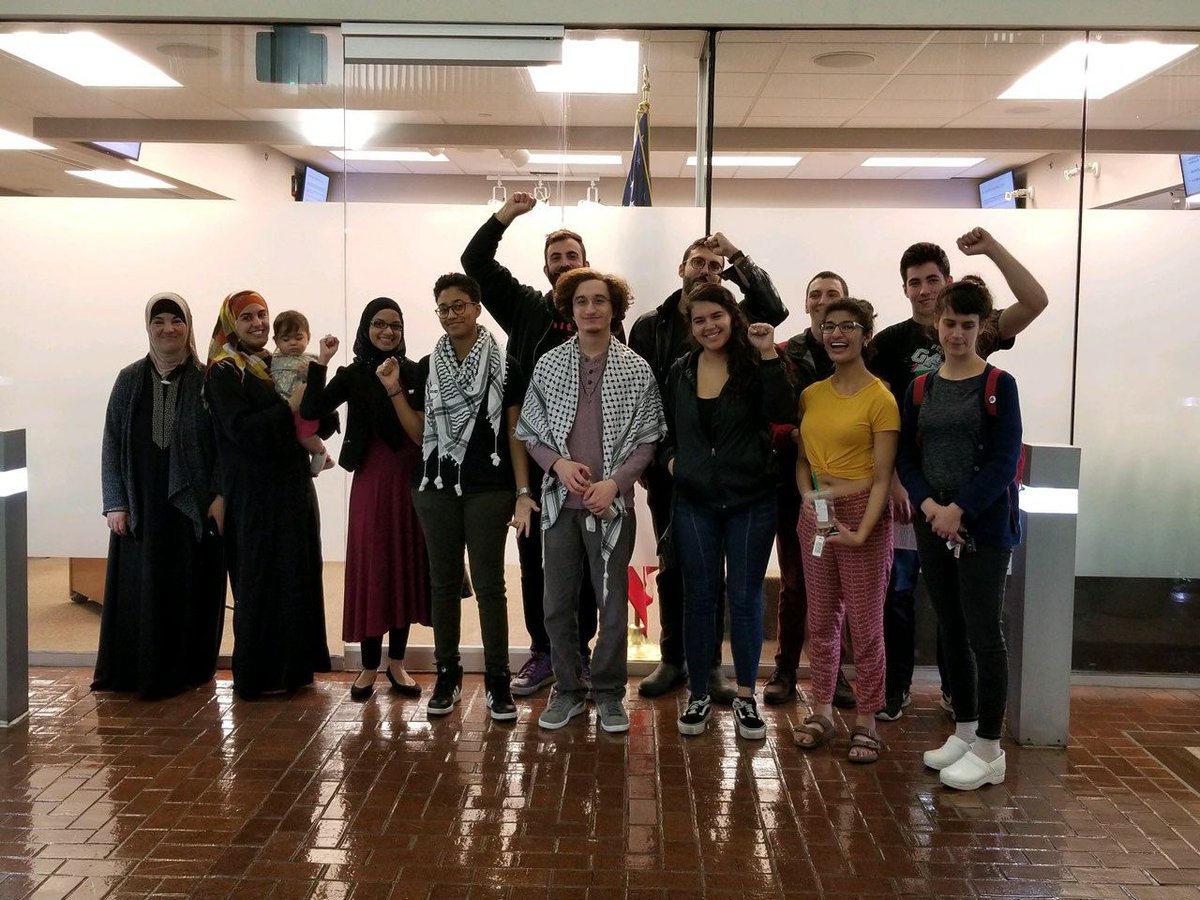 NEW ORLEANS APPROVED a resolution on Thursday pledging to take steps to avoid contracting with or investing in corporations whose practices violate human rights — an initiative pushed in the council as part of the campaign to boycott, divest from, and sanction Israel for its occupation of Palestinian territories. New Orleans became the first city in the South — and one of the largest in the country — to pass a resolution in accordance with the Boycott, Divestment, and Sanction Movement, known by its initials BDS.

“This resolution specifically recognizes the city’s social and ethical obligations to take steps to avoid contracting with or investing in certain corporations, namely those that consistently violate human rights, civil rights, or labor rights,” said council President Jason Williams just ahead of the vote. The resolution passed the council unanimously, with all five members present voting in support.

Five of seven city council members, including the mayor-elect, co-sponsored the resolution, drafted by the New Orleans Palestinian Solidarity Committee, and brought it to a vote on Thursday. Palestinian Solidarity Committee organizers said one of their demands, in the wake of President Donald Trump’s executive orders on immigration last year, included a human rights screening for all the city’s contracts and investments to avoid doing business with companies complicit in abuses.

Both backers and detractors agree that the movement to boycott Israel is growing. In recent weeks alone, a New York court has been hearing the case of a pro-BDS student group that was banned from a college campus and pop singer Lorde acceded to boycott activists’ requests that she cancel a show in Israel. Some local governments have passed measures in opposition to the BDS movement — and such measures have been pushed on the federal level as well — but cities like Portland, Oregon, have passed limited pro-BDS measures.

The resolution says that the city council “encourages the creation of a process to review direct investments and contracts for inclusion on, or removal from, the city’s list of corporate securities and contractual partners.” The human rights screening is meant to be “consistent with its responsibilities to its residents,” the resolution states, because “the city has social and ethical obligations to take steps to avoid contracting with or investing in corporations whose practices consistently violate human rights.”

“What we’re doing on the local level does have an impact on what happens on the national and international levels.”

“Even though it doesn’t have all the teeth,” said Tabitha Mustafa, the passage of the resolution “proves the city recognizes what is happening in Israel.”

“This is important because getting the first bill passed, at least, the city is willing to say, ‘This is something we don’t want to contribute to,’” Mustafa said. “What we’re doing on the local level does have an impact on what happens on the national and international levels.”

The language in the resolution is purposefully broad and inclusive, explained Max Geller, a Palestinian Solidarity Committee organizer, because the group’s strategy was to encapsulate “joint struggle,” despite the effort being led by a group with a focus on BDS. That broad language allowed the activists to find some common ground between issues faced by Palestinians and residents of New Orleans. For instance, one of the groups on the boycott list for pro-Palestinian activists is Caterpillar, which makes large construction machines including those used by the Israeli military to demolish Palestinians’ homes.

“I think that Caterpillar is particularly of interest to New Orleans, given the sort of optics of home demolition and the experience so many in New Orleans have with displacement following Katrina,” Geller said. “The city itself is really ready to act on the basic tenet of ‘people should be able to stay in their homes’ and ‘displacement is bad.’”

Members of Louisiana’s congressional delegation in Washington decried the impending move when informed of it on Wednesday. “I think it’s nuts,” said Republican Sen. Bill Cassidy when asked by The Intercept about his thoughts on New Orleans pursuing a BDS resolution.

“I want to know more details just because it sounds kind of like, What’s gotten into their heads?” Cassidy said. “I mean, you’re sending a signal to your city. I want to know exactly what it does, but just on the face of it, it sounds crazy.”

Cassidy was among the co-sponsors of the controversial Israel Anti-Boycott Act, which was introduced by Sen. Ben Cardin, D-Md., in March to target the BDS movement.

After objections by the ACLU that the bill criminalized free speech — it said violations “would be subject to a minimum civil penalty of $250,000 and a maximum criminal penalty of $1 million and 20 years in prison” —  Cardin expressed a willingness to amend the legislation.