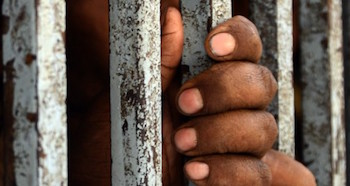 The private prison industry has a long history of contributing to mass incarceration in the U.S. which has disproportionately criminalized Black people. There have been numerous reports that many private prisons operate facilities with even poorer and more dangerous conditions than usual — affecting inmates’ health, safety, and well-being.

The Department of Justice’s decision marks a major victory for our movement to end mass incarceration but, unfortunately, the federal government is not ending private prisons completely.

Now that the Department of Justice has acted, it is more difficult than ever for Homeland Security to justify their use of private prison companies. It’s clear that the Obama administration is looking to cut ties with this industry but we have to continue the pressure to finish the job.