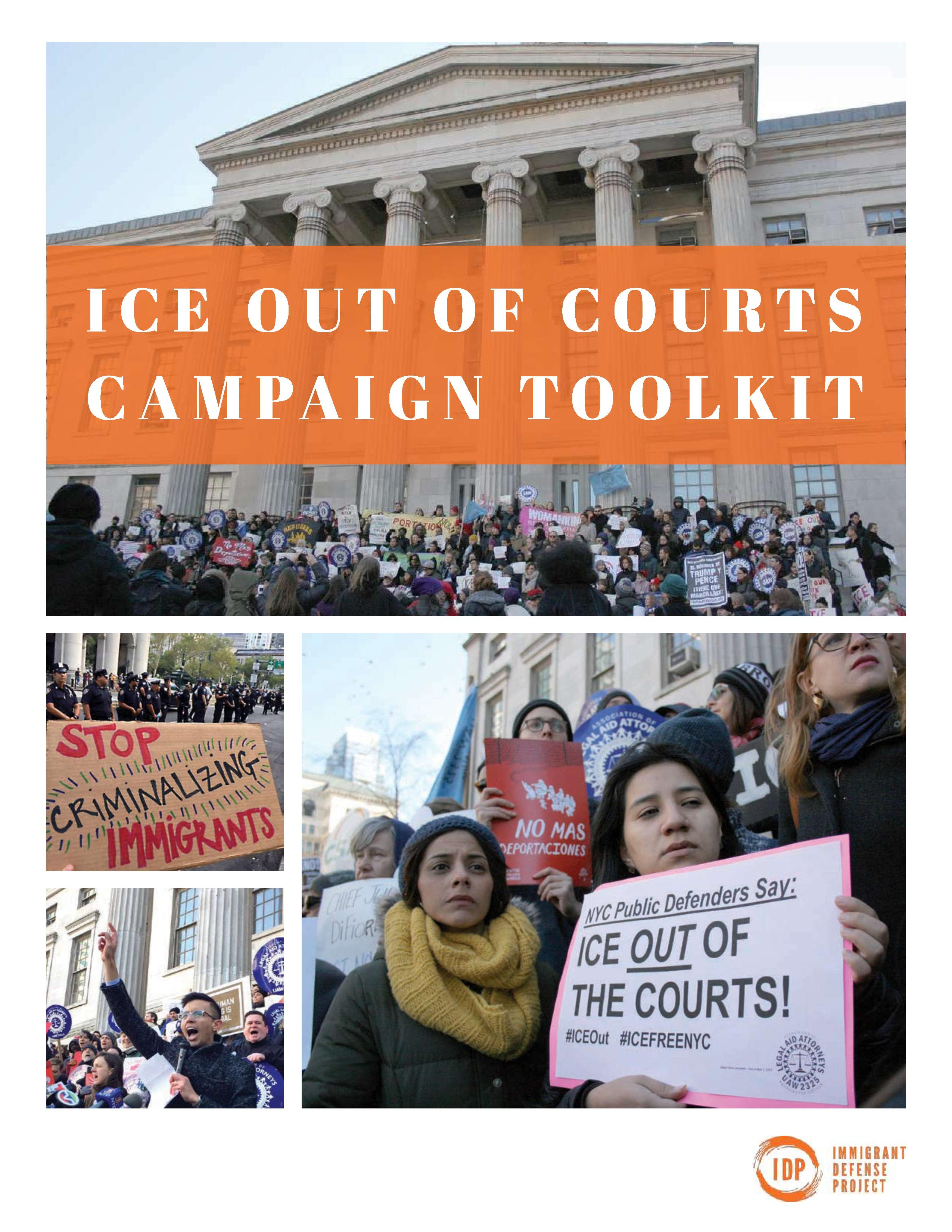 As part of the Trump administration’s mass deportation agenda, ICE has embraced a dangerous and unlawful practice of stalking immigrants to court appearances to target them for arrest, detention, and deportation. ICE has gone after victims, witnesses, and defendants in a broad range of courts, with complete disregard for individuals’ rights and the chilling effect on those who need to attend court. In response, broad coalitions of community-based organizations, lawyers, and activists across the country have advocated for local and state policy interventions to get ICE Out of Courts.

We have been excited by the interest that we have received from those looking to challenge these practices in their states. Today IDP releases the ICE Out of Courts Campaign Toolkit, which presents legal theories, legislation, judicial rules, and campaign materials from IDP, the ICE Out of Courts Coalition in New York, and campaign leaders nationwide as examples on how to build meaningful policy interventions at the state and local level. We also include statements and policies by ICE, state and federal officials, and others developed in response to advocacy on this issue. We hope this information can be a useful guide to campaigns blossoming across the country to end ICE courthouse arrests.

If you’re interested in taking part in a webinar to further discuss ICE Out of Courts campaigns and how to build/expand one in your local jurisdiction, please fill out this form.

Please feel free to share the toolkit widely with your networks. Sample social media posts and graphics can be found here!