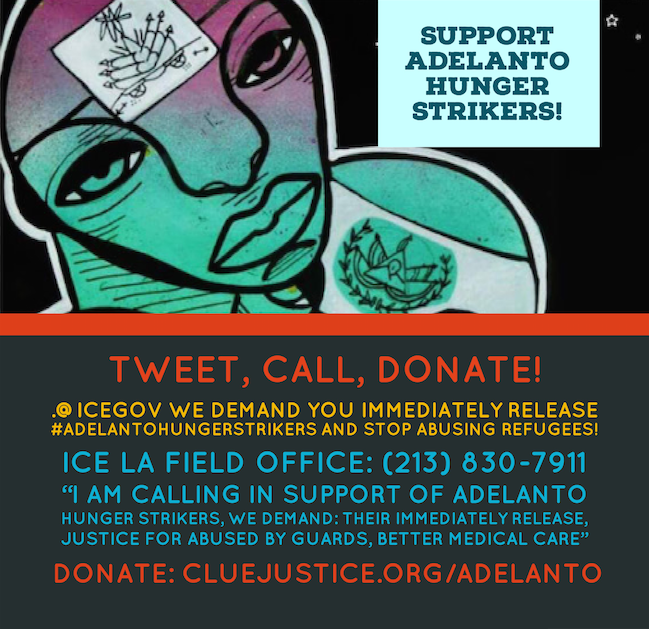 In June, Adelanto detainees began making headlines by going on three hunger strikes against impossibly high bonds and inhumane living conditions that include physical abuse and medical neglect. Nine Central American and 20 Haitians refugees came together to protest these conditions, many faced extreme violence from GEO guards!
In a handwritten letter released during a strike the hunger strikers asserted that “Today we need reasonable bonds that allow us to leave this prison. […] Bond has been set at $15,000, $20,000, $35,000, even $50,000, in order to break our spirit so that we give up our rights to due process, or even worse to get us to accept voluntary deportation.”
Many have upcoming immigration hearings and getting their bond amounts reduced, creating an opportunity to get them out!
TODAY, seven of the Adelanto Hunger Strike Leaders are free and will share their story with media and community. They demand Justice,  Freedom and Lower Bonds.
Livestream: Facebook.com/Immigrant.Youth.Coalition
Let’s honor these brave immigrant-advocates by helping them come home to their families and support them in demanding justice.